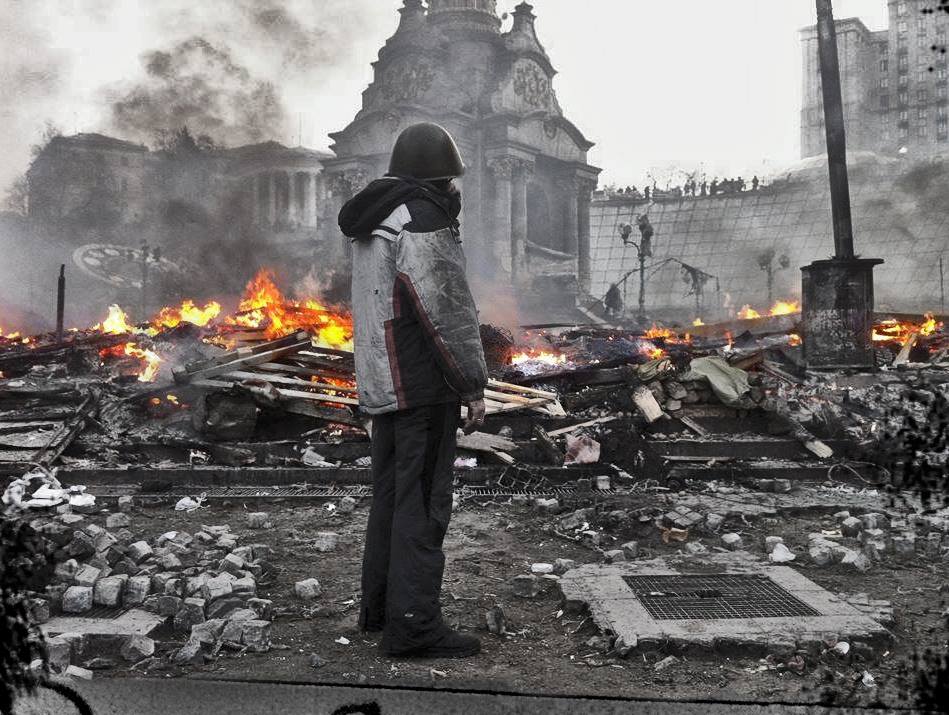 Join us in viewing Damian Kolodiy's documentary film portrait of Euromaidan, also known as the Revolution of Dignity, which took place in Kyiv, Ukraine, in 2013-2014. This grassroots movement, which began as a peaceful protest, has since escalated into a hybrid war with Russia that has mesmerized the world and lingers to this day. The film is in English / Ukrainian / Russian, with English subtitles.

The director will attend the screening. He will discuss the making of the film and answer questions from the audience. A native of New Jersey, Mr. Kolodiy has his roots in Ukraine and ties to the Ukrainian diaspora.

This event was made possible by support from the SAS Center for European Studies, College Avenue Campus Dean, Office of Student Affairs, and the Program in Russian and East European Languages and Literatures.