Act and Punishment
A Documentary by Evgeny Mitta (2015) 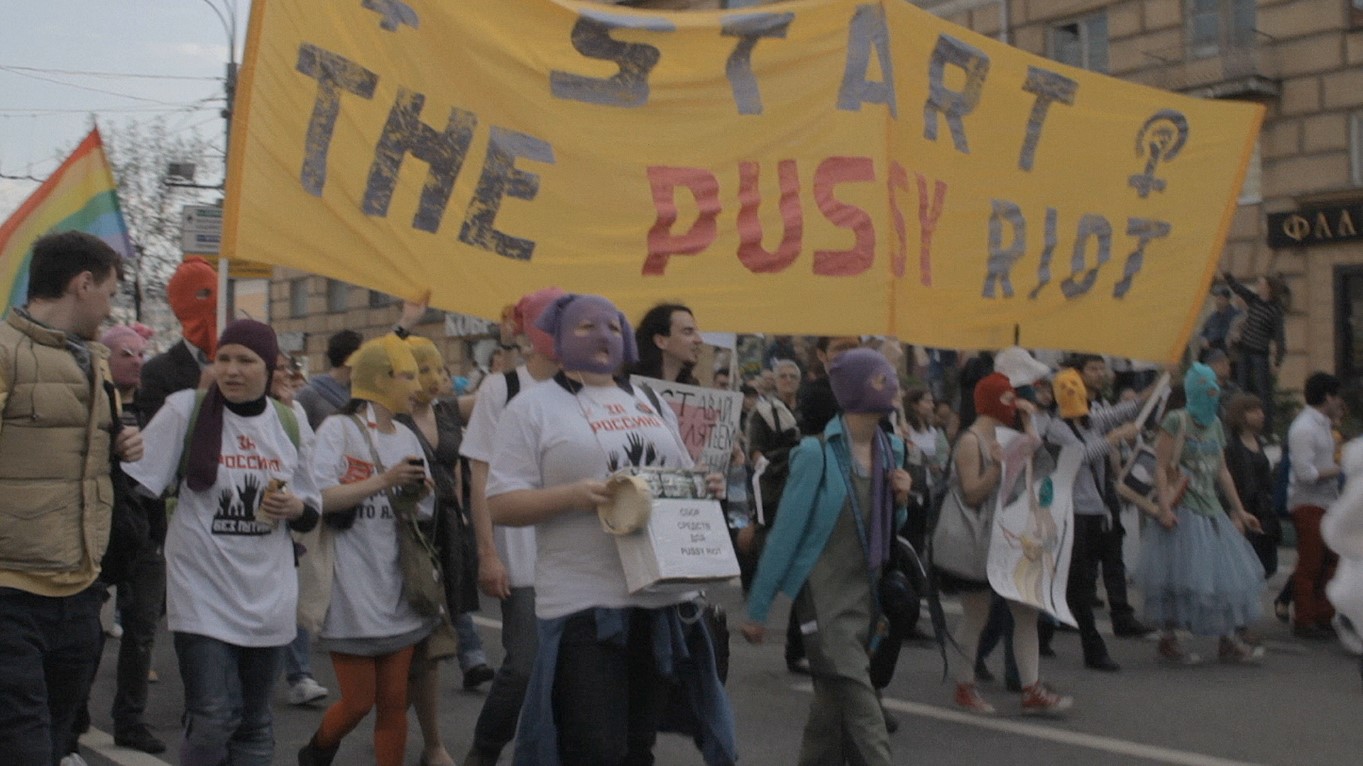 Join us for a screening and conversation with the director on

Co-sponsored by the Program in Russian and East European Languages and Literatures, Cinema Studies, and the Office of Undergraduate Academic Affairs

Evgeny Mitta’s film, Act and Punishment, is a documentary that historically and culturally grounds the protest actions of Pussy Riot. The film, which the Russian government has banned, juxtaposes interviews with members of Pussy Riot who tell their own stories alongside commentary by Russian art historians, curators, and artists who contextualize their work. The film makes extensive use of raw footage depicting Pussy Riot’s actions and Pussy Riot inspired demonstrations in Russia.

The film begins by narrating the gradual formation of the Pussy Riot. The collective consists of young women that center their political work on feminism, media activism, and punk rock. The revolutionary art of the Russian avant-garde took its inspiration from Russian religious icons, and the bright attire of Pussy Riot is inspired by the suprematist images of Kazimir Malevich. As a continuation of the Russian holy fool tradition, Pussy Riot critiques the church and state. Eventually law enforcement reacts strongly. At the beginning of the trial, Masha, Nadya, and Katya’s chances of getting less than seven years in jail seemed grim but as they garnered international attention their situation drastically changes.

Act and Punishment has toured internationally at festivals, but this will be the first time that filmmaker, Evgeny Mitta, will be in the United States to present his film. Evgeny Mitta will discuss history of Russian performance art/music, the making of his documentary film, queerness of femme holy fools, and provide some context on Russia-US relations. As a friend to the Pussy Riot collective and other Russian political artists, Evgeny can speak on the intersections of politics, sexuality, class, and gender that are portrayed in his film.

Evgeny Mitta is a visual artist, documentary filmmaker, scenographer, and actor. Born and raised in Moscow, Russia, he graduated from the Moscow State Art Institute of V. Surikov. Soon after graduating, he co-founded “First Gallery” the first private artist gallery in Russia and since then he has opened the Paperworks Gallery. In 1994 he became a member of Moscow Artists’ Association and he has had his paintings sold at Sotheby's London 'Contemporary East' in 2013. His movie, Act and Punishment, is a part of a documentary series “Anthology of Contemporary Art” which includes two other movies, Vinogradov and Dubosarskiy: Commissioned Painting, and Oleg Kulik: Challenge and Provocation. Evgeny’s next film focuses on the protests of 2012 in Moscow, and is titled 2012.