The first award for

Distinguished achievement in the study of Russian Literature is awarded to 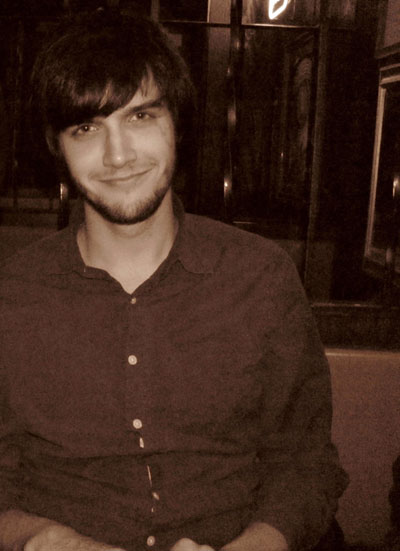 The 2010-2011 award for “Distinguished Achievement in the Study of Russian Literature” is awarded to Donovan Griffin. Donovan, a Comparative Literature major, has been a dedicated student of Russian literature and language throughout his time at Rutgers. Donovan has completed the complete 4 year sequence of courses in the Russian language and has been a participant in our summer program in St. Petersburg. In addition he has taken many courses in Russian literature. He has distinguished himself inside the classroom with his consistently insightful contributions to discussion, and outside class, and with his fine written work. He exhibits an ability to think creatively, synthetically, and comparatively, while engaging highly complex literary issues. This year Donovan successfully completed an honors thesis for Comparative Literature, called “Determination and Escape: Manipulations of Time in the Narratives of Tolstoy and Nabokov.” It has been a delight for all of us to teach Donovan, not only because of his inquisitive spirit and enthusiasm for the subject, but because of his good nature, gentle presence, and sense of humor. We wish Donovan all the best in his continued study of Russian literature.