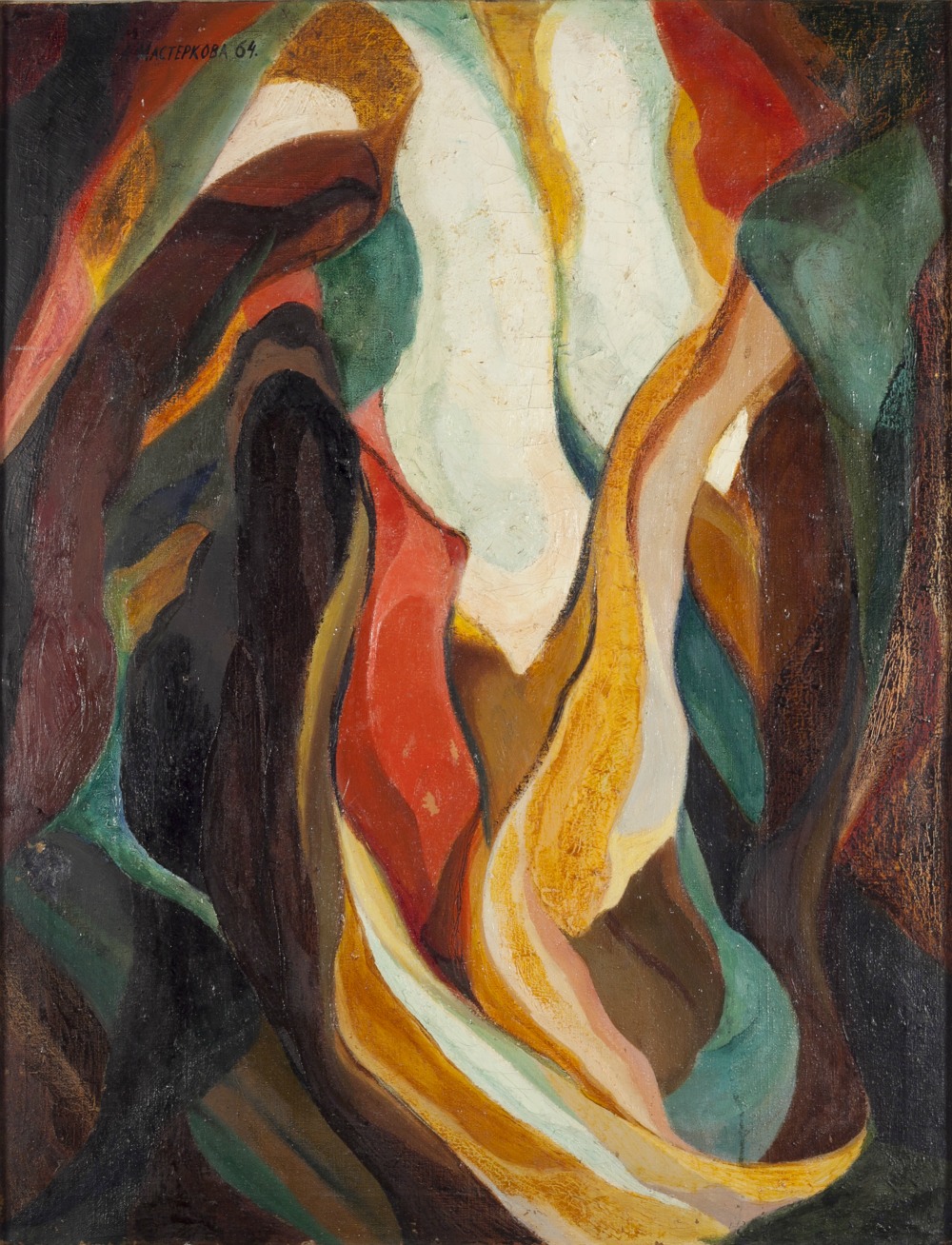 Read more about majoring or minoring in Russian.

This course is intended for students who have taken 860:101 or who have permission to take this course.

This 1 credit course supplements work in the regular 860:102 or 108 course. It utilizes the audiovisual and digital capabilities of the newly renovated Language Lab on College Avenue. Work on pronunciation, intonation, and comprehension. IT IS HIGHLY RECOMMENDED THAT ALL STUDENTS TAKE THIS COURSE.

This course is for students who HAVE a knowledge of Russian from home but who have difficulty reading and writing, and have never studied grammar formally. Heritage speakers will not be given creidt for 860:101. Students will improve their knowledge of grammar, vocabulary, and idiomatic usage as well as their reading and writing skills. A student must take a placement test in order to take this course. Please contact the department if you have any questions.

This course is for students who have completed 860:301 or 351 at Rutgers or the equivalent at another institution. Students who speak Russian at home and who have studied Russian in school may wish to take this course. (Please contact the department if this is the case.) Students will work on advancing their writing, reading and conversational skills and will read and discuss contemporary Russian texts. Students will learn how to search the internet, retrieve information and will present their findings in class.

This course is for students who have completed 860:401 at Rutgers or the equivalent at another institution. Students who speak Russian well at home and who have studied Russian in school may wish to take this course. This course is a continuation of the 401, successful completion of which (or its equivalent) is a pre-requisite. Students will continue to examine the ways America was perceived and depicted in Russian literary texts and cinema. The structure of the course will be based on analytical reading and critical viewing of the movies. The readings will include "The Voice of America" by B. Lavrenev, "Little Golden America" by Ilf and Petrov, and contemporary texts by V. Aksyonov, I. Voinovich, E. Savella, and others. Movie selections include the documentary on Ilf and Petrov, Amerikanskaya Doch, Musulmanin, and may include other films. Additionally, 402 students will continue to perfect their essay writing skills, with emphasis on persuasive and causative essays. Grammar aspects that will be covered include participles, verbal adverb, and syntax.

Russia’s twentieth-century history was punctuated by revolutions, as a tsarist autocracy became a communist, totalitarian state and (in the final decade) a fragile, capitalist democracy.  In this survey course we focus on the artistic movements that surrounded the October Revolution of 1917, and the subsequent literature that was suppressed, muted, or twisted by Stalinist policies.  Soviet leaders recruited writers, whom Stalin called “engineers of human souls,” to build the new state and its ideology, and brutally silenced those in opposition.  This led the poet Osip Mandelstam to observe, “Poetry is respected only in this country.  People are killed for it.”  Banned writers came to be regarded as the nation’s conscience, a “second” government, as Solzhenitsyn put it.  After Stalin’s death Solzhenitsyn and others began to publish on some of the era’s violent excesses.  We also study the cultural artifacts of this “thaw” period, through to perestroika and the early post-communist years.  We focus in this course on the ways in which individual experiences and identities were shaped by revolution, war, terror, the prison camp system, and the construction of the state in various periods.  We read masterful novels, short stories, novellas, poems, and films, and we contextualize this material within Russian (Soviet) history and culture.  Authors include Bely, Mayakovsky, Bulgakov, Zamyatin, Shalamov, Nabokov, Petrushevskaya, and Pelevin.  This course fulfills the Core curriculum goal AH p and is required of Russian majors and of minors in Russian literature.  All readings and discussion in English.

According to popular legend, when Alexander Pushkin finished reading the first volume of Nikolai Gogol’s Dead Souls—one of the great comic masterpieces of Russian prose—he exclaimed, “God! How sad our Russia is!” This interdisciplinary course will introduce students to the rich and wonderfully eclectic world of comic, humorous, and satirical Russian literature. Our readings span nearly three centuries and numerous genres, from the neoclassical comedies of Denis Fonvizin and Alexander Griboedov to the postmodern prose of Venedikt Erofeev. We will explore how and why some of the darkest periods of Russia’s history have produced its most luminously comic literature, and we will discuss whether “laughter through tears” is the norm in Russian culture, or whether it is a grotesque inversion. The theoretical framework for our exploration of humor in the Russian context will be provided by Kant, Henri Bergson, and Mikhail Bakhtin. Taught in English. No prerequisites and no knowledge of Russian required.

Tolstoy and Dostoevsky may be the best-known ambassadors of Russian literature, but at its heart, it is a tradition of poetry, not prose. Because this poetry has fared poorly in translation, its rich heritage has remained all but off-limits to the rest of the world. This course will introduce students to Russian lyric poetry by showing its historical development from the late 18th to the 20th century, encompassing both Golden and Silver Ages. We will pay particularly close attention to Pushkin, whose genius is notoriously underappreciated outside Russia. We will weave our way through poetic movements including Symbolism, Acmeism, and Futurism, but we will also look beyond these convenient categories in our assessment of the figures who towered above them: Blok, Akhmatova, Mandelstam, Mayakovsky, Pasternak, Tsvetaeva. Our major day-to-day focus will be on reading, translating, understanding, and appreciating Russian poetry. All readings will be in Russian.

In this course we study the ways in which Russian writers imagine and represent the self in autobiographical works of literature – simultaneously creating a text and a self.  We examine the methods and strategies writers employ as they tackle the basic problems of self-writing, such as how to depict the relationship between personal experience and history, between the present and the past, the individual and the collective.  We study how writers blur the boundaries between fact and fiction.  We also inquire about the role of autobiography in Russian literature, and the ways in which Russian writers drew on the European autobiographical tradition (Rousseau in particular). To understand the history and the boundaries of the genre, we read a diverse sampling of important literary works: a medieval monk’s account of his life (Avvakum), two powerful nineteenth-century models (Tolstoy and Herzen), and numerous texts that emerged from the explosion of self-writing in the twentieth century (Osip Mandelstam, Vladimir Nabokov, Evgeniia Ginzburg, Nadezhda Mandelstam, Lydia Ginzburg, Joseph Brodsky, and others).  Themes of special importance include the construction of childhood, experiences of the Gulag and the Leningrad Blockade, and images of the Russian/Soviet intelligentsia.  This course fulfills the Core requirement goals AH o, p and WC s1, t, and v. All readings and discussions in English.

Fyodor Dostoevsky and Charles Dickens are frequently placed side by side in discussions of the nineteenth-century realist novel.  The two authors share their interest in the problems of urban living, their sympathies for the downtrodden and disenfranchised, their proclivities for melodrama, grotesque portraiture, and mystery, and their attempt to represent within their pages the social realities of two nations in moments of cultural transition.  We will examine these issues in the two writers’ major novels: Dickens’s Bleak House (1853) and Dostoevsky’s The Brothers Karamazov (1880).  We will also study, on the basis of these two texts, the nineteenth-century multi-plot novel form and the  novel form more generally. How do these authors approach the  problem of narration and the structuring of text?   How do they tackle themes such as: neighborly love and charity; sexuality; crime, detection, and justice; kinship; the material world?  What do the differences in their handling of these issues say about the Russian and English national and cultural traditions? All readings and discussions in English.

For students who have taken 787:101 or have permission of the instructor. Basic grammar, simple dialogues and vocabulary building. Some elements of Polish culture and tradition.