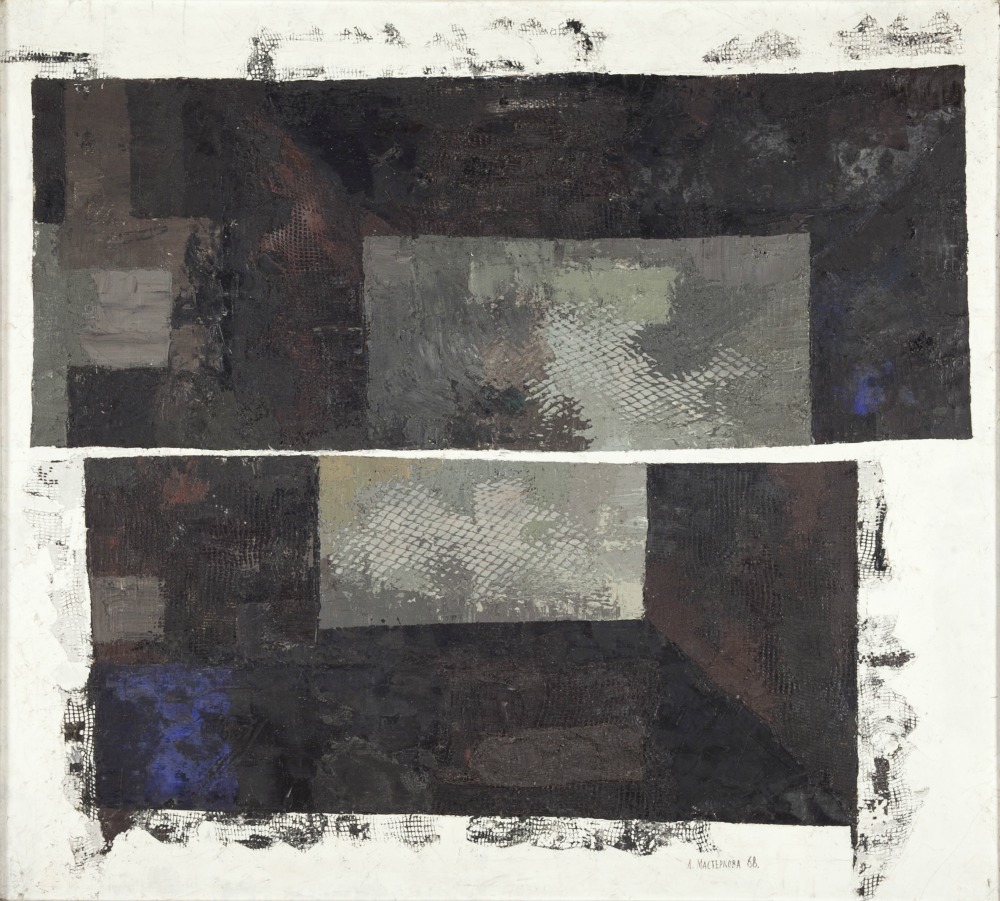 Read more about majoring or minoring in Russian.

This course is intended for students who have taken 860:101 or who have permission to take this course.

This 1 credit course supplements work in the regular 860:102 or 108 course. It utilizes the audiovisual and digital capabilities of the newly renovated Language Lab on College Avenue. Work on pronunciation, intonation, and comprehension. IT IS HIGHLY RECOMMENDED THAT ALL STUDENTS TAKE THIS COURSE.

This course is for students who have taken 860:107 or who have permission to take this course. Students will improve their knowledge of grammar, vocabulary, and idiomatic usage as well as their reading and writing skills. If you are unsure, please contact the department for proper placement.

This one credit course supplements work in the regular 860:202 or 208 course. It utilizes the audiovisual and digital capabilities of the newly renovated Language Lab on College Avenue. Work on pronunciation, intonation, and comprehension. IT IS HIGHLY RECOMMENDED THAT ALL STUDENTS TAKE THIS COURSE.

The early steps of modern Russian literature were some of its most brilliant.   There are good reasons why the first half of the 19th century is called the Golden Age of Russian letters, and why the realist masterpieces of the century’s second half became undisputed classics of world literature.  This survey will make these reasons manifest, grounding a detailed textual study of major works within a historical and cultural context.  The course will examine a variety of representative authors, genres, and themes.  Texts will include classics by Pushkin, Gogol, Lermontov, Turgenev, Dostoevsky, Tolstoy, and Chekhov. All readings and discussions in English.

This course is for students who have completed 860:301 or 351 at Rutgers or the equivalent at another institution. Students who speak Russian at home and who have studied Russian in school may wish to take this course. (Please contact the department if this is the case.) Students will work on advancing their writing, reading and conversational skills and will read and discuss contemporary Russian texts. Students will learn how to search the internet, retrieve information and will present their findings in class.

Recent decades have seen the expansion of narrative theory into a dizzying array of interdisciplinary applications and approaches. This trend reflects the popular view that human beings can be described as Homo narrans—as a storytelling creature. The resulting breadth of narrative study has prompted some literary scholars to return to fundamental questions: what is narrative fiction? How is it made? The course will take up these basic questions as they have been posed and answered in foundational works of 20th c. narrative theory. While we will stick to literary narrative, we will approach our subject in a broad perspective—considering theories that have emerged from the study of folktales, “low” genres, as well as the highly-crafted narrative art of authors such as Gustave Flaubert.

The syllabus will assign theoretical texts alongside the fictional works to which they refer. We will also read significant portions of recent books on narrative theory written by and for practicing authors: James Wood’s How Fiction Works (2008), and Suzanne Keen’s Narrative Form (2003). This approach will hopefully allow us to arrive at a better understanding of how certain concepts of narrative theory are related to different genres of narrative art. Theorists to be read include: Viktor Shklovsky, Vladimir Propp, Mikhail Bakhtin, Gerard Genette, Dorrit Cohn and others. Fictional works and literary authors to be read include: Afanasev’s Fairytales, One Thousand and One Nights, Arthur Conan Doyle, Fyodor Dostoevsky, Ivan Bunin, Gustave Flaubert, Vladimir Nabokov, William Faulkner and others. Requirements: preparation for and participation in class meetings, completion of informal written responses (blog), two short (3-5-page) essays and one longer (8-10 page) research paper. Conducted in English. All readings in English.

This course offers an examination of the experience of Russian Jews from the end of the 19th century to the present, focusing on the late Imperial, the Soviet, and the post-Soviet periods. We will study the cultural artifacts dealing with the challenges of co-existence of Jews and their neighbors in the Russian Empire; we will also consider experiences of and reflections on the Bolshevik Revolution, Stalinism, the Holocaust, the post-Stalin period; the place of Jews as individuals and members of a minority group within Russian and Soviet society, ideology, and culture; migration and emigration; everyday life in Russia, the Soviet Union, and among immigrant communities in America and elsewhere at the beginning of the 21st century. We will study fiction, films, diaries, memoirs, political propaganda,transcripts of trials, essays, and contemporary scholarship. This class may include field trips to the Zimmerli Museum of Art at Rutgersand to a number of Jewish cultural institutions in New York City. Conducted in English. All readings in English.

The Second World War is known as the “Great Patriotic War” in Russia, and has a particularly powerful legacy there. This war, in which the Soviet Union suffered unspeakable losses on the road to victory (roughly twenty million dead), continues to occupy the public consciousness today, through commemoration in personal and state rituals, as well as cultural productions. The goal of this course is to interpret the Russian experience and memory of World War II through a study of literature, film, diaries, and journalistic accounts.  We focus on issues of narrative, memory, and the formation of cultural myths. The topic of war also serves as a window onto literary politics, as we study differences in expression and in censorship of war themes from the forties through the eighties. Arriving at the present, we seek to understand the meanings of the war in contemporary Russian culture. Course material is drawn from literature and film, both of the war era and the post-war period, and from propaganda (posters, radio broadcasts, and songs).  There will be an extra class period twice a month for film screenings. Conducted in English. All readings in English.

Notions of gender and of sexuality differ across cultures and across time.   In this course we investigate the representations of women, men, their bodies and their relationships that are particular to  Russian culture.  What erotic utopias did radical thinkers propose?  How were traditional myths and images of femininity and masculinity revised during the Soviet period, and how did writers react?  How have gay and lesbian love been enunciated in Russian literature, given the enduring presence of cultural taboos?  We study constructions of gender and sexuality in Russian culture through close readings of poems, short stories, novellas, philosophical essays, and films, drawn primarily from the nineteenth and twentieth centuries.  Authors include Lermontov, Tolstoy, Blok, Rozanov, Solovyov, Tsvetaeva, Kuzmin, Gippius, Zamyatin, Mayakovsky, Platonov, Petrushevskaya, Makanin, and Tolstaya.  Our special focus is on the decades surrounding the revolution –- the extreme depths and heights of symbolism, decadence, and various avant-garde movements.  We will broaden our study of gender and sexuality through encounters with influential theoretical and critical texts, including those outside the Russian tradition (Freud, Foucault, Butler, and others). Conducted in English. All readings in English.

A sweeping panorama of Russian nineteenth-century society, a novel of profound philosophical questions, and an unforgettable gallery of artfully drawn characters, War and Peace offers its readers rich opportunities for reflection and delight. Reading the novel closely, we will take pleasure in reflection and reflect on our pleasure. We will ponder spiritual epiphanies, like Prince Andrew’s encounter with the starry sky, and study Tolstoy’s use of details as minute as a dimple. We will test Henry James’ characterization of the Tolstoyan novel as a “loose baggy monster” by studying its structure and design. We will also pose larger interpretive questions. In what ways is it a national and an imperial novel? What myths does it destroy and construct? How does a novel intended to send a pacifist message become a patriotic war epic? What is the relation of story to history? How does the novel treat individual agency, social forces, and – a question that is never too broad for Tolstoy – the meaning of life? We will explore these and other dimensions of this capacious and intricate novel while fine-tuning our use of key conceptual tools of literary analysis and situating the novel in its historical context. Secondary materials will include maps, historical accounts, Tolstoy’s letters, contemporary reviews, literary criticism, and narrative theory. All readings and class discussions in English.

For students who have taken 787:101 or have permission of the instructor. Basic grammar, simple dialogues and vocabulary building. Some elements of Polish culture and tradition.

A continuation of 787:201. More complex grammar. An incorporation of some topics in Polish history and literature. Short pieces of text to be translated from English to Polish.